Earlier this year, around my birthday, I felt like things were happening and life was taking off. Recently, I feel very much like life has slowed to a crawl – in terms of progress. The days are still passing by much faster than I would like (my mind still boggles at the thought that I’m now 24), yet strangely not quite fast enough (I can’t wait until I fly to New York next year).

At any rate, I guess it’s always easier to show progress at the very beginning, because there’s so many steps you can take – and most of them are fairly easy. But when you’ve gotten started and you’ve dived in, it’s sink or swim, and swimming for a long time gets tiring.

Anyway. I still want to try and write a song every two weeks. Since 30 September has just passed, my submission this fortnight goes out to my fellow auditors. We have survived another three months of the craziness that is busy season. 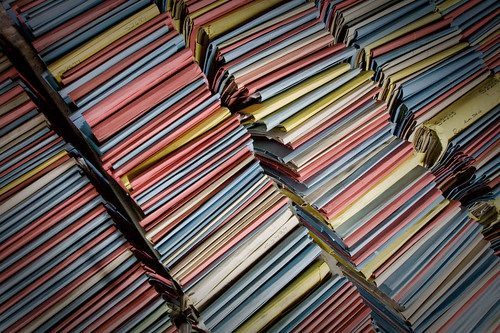 I originally wrote most of the lyrics in late August, right after I finished what has probably been my toughest engagement ever – and I think I’ve had some pretty tough jobs before. Every day, I got up at 6 AM to catch the 7 AM bus so I could arrive at 8 AM, worked through lunch until 7:35 PM at night so I could catch the last bus at 7:48 PM (and oh boy, if I missed this one, I had to take the train which would take even longer). I would keep working on the bus for another hour before I had to walk home, force myself to eat and fall straight into bed.

This would be the pattern of my existence for an entire month. As the deadline drew closer, weekends did not necessarily offer me any respite. It all culminated in what I can only describe as…hell. I will never, ever forget how it feels to start the day with a 7:30 AM meeting and work at a feverish pace in a meeting room, ticking and bashing my way through a set of financial statements until 3 AM (~19 hours). I got home at 4 AM, slept for 2 hours and went back to work until 1 AM the very next day (~17 hours). Yup. That’s nearly a full week’s worth of chargeable hours (which is 37.5 hrs) in just two days.

As you can imagine, I was in a really weird head space when I wrote these lyrics. I was feeling so overwhelmed, exhausted, angry, frustrated, fed up and yet giddy, light headed and perversely satisfied that I had gotten through the torturous experience with no visible damage (though how many years I’ve lost off my lifespan and mental damage sustained due to the stress…well, I have no idea).

At nine o’clock my phone starts ringing
By one, all I’ve done is nothing
Every fifteen minutes my internet is dropping
How I hate that busy season feeling

It’s seven P.M. we’re still reconciling
These TB accounts don’t agree to a thing
This formula’s wrong and the spreadsheet’s confusing
And now my computer’s crashed without saving

It’s a quarter to three A.M.
Finally signed the accounts for them
I’m collapsing into bed
Is this what it’s like to be dead?

It’s dark on my way in, dark on my way out
Got a massive suitcase I’m carting about
“I’m so sorry, I can’t come in today”
“Think I’m gonna be going somewhere far away”
‘Cos I’ve finally got this done
I’ve got this done!!
I’m done
—Music & Lyrics by Deborah Lau

Lyrically, I wanted to experiment with identities. The first real song I wrote with one of my classmates from the NYU Tisch Musical Theatre Writing Workshop (hi Chiara if you’re reading!) had these fantastic lyrics that all ended in “-tion” in every line. It gave the whole song this driving rhythm and a frenetic feeling. I don’t know how to shorten “They didn’t read the audit pack ’til today at noon”; one day when I figure it out, I will come back and fix it.

Formwise, I was tossing between the classic AABA and verse-chorus-bridge. In the end I went with a compromise – the chorus doesn’t kick in until the verse has been repeated twice. The bridge is in two parts, which I guess is kind of weird, but it was the only way I could think of to convey the surreality that is working at 3 AM. Seriously. The chorus was originally going to be the same every time, but since there’s a built in narrative, I thought it would make more sense if the middle lines changed every time.

Musically, I had a few things running through my head as I was writing the lyrics. For a long time, I’ve felt like everything I write musically is always very lyrical or classical (thanks, 15 years of classical piano lessons) so I tried to do something a bit different. In my head, I had a cross between Smashmouth’s “All Star”:

…and Busted’s “What I Go To School For” (yeah, yeah, yeah, I know. At least it’s not the Jonas Brothers’ version).

Somehow when I ended up at the keyboard, Ben Folds Five snuck in with “Brick” and it ended up being a lot less pop/rock and more soft piano rock:

Here’s to surviving another busy season.