Moving half way across the world is hard. Finishing moving is even harder. I haven’t blogged at all recently on the pretense of being:

What I’ve found is that list of things just never ends, and each successive thing actually decreases in importance. At first it was finding a bed and mattress. Then it was a sofa bed so guests (like my parents) would have somewhere to sleep. Then it was a chest of drawers so we could stop living out of our suitcases. Then it was a kitchen cart to fix our lack of available kitchen bench and storage space. The list (and my growing love for finding second hand bargains off Craigslist) feels like it will never end.

And so the whole time I’ve been putting off doing things which are truly important to me. Believe it or not, I did not go and see a single show until a whole five weeks after we moved here (shock horror, I know). Even if I did give into temptation and let Jon talk me into buying a new Yamaha P155 keyboard pretty much as soon as we signed our lease…

It’s such a strange feeling to be back here to live here again, for the third time. I love this city so much that it still feels so surreal to realise that we’ve really done it and we’re here. I have dreamed of this for so long, all the while thinking it to be so impossible that some days I still feel like it’s all happening to somebody else.

What I love about this city is its never ending happenings. There’s opportunity, risk, excitement and danger in the fact that it’s just so easy to lose yourself in doing the next most interesting thing to come along that you can be distracted from where you actually wanted to go in the first place. Or the fact there are so many amazing food places here that you could eat every meal at some place different and you’d still never run out of good food (to the incredible detriment of your waistline). Or you fall into the trap of thinking, hey, I’m going to be living here, so it’s okay if we don’t get around to doing XYZ, we’ll have plenty of time. 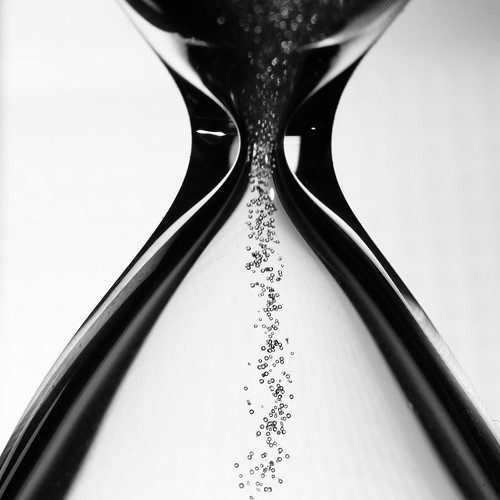 Because the fact is time seems to go by faster and faster and I can’t believe it’s now been almost three months since we’ve arrived, and a year since we got married. I always thought by the time I was 26 and married, I’d’ve figured everything out. And it’s funny because right now I keep thinking I still haven’t figured anything out and I’m nowhere near where I wanted to be.

On the bright side, I finally stopped procrastinating and spent a whole day curled up in my keyboard corner yesterday, and wrote a pretty “meh” song. Though considering the last original song I actually wrote was over two and a half years ago (ugh, I am an awful procrastinator), I guess I’m pretty out of practice.

This year
We did everything that we could conceive
To be ahead of the game, yet we’re just the same
As we were at the start of the year

Is there someone trying to tell us that maybe this isn’t our fate?
And should we listen or should we hold on and wait?
For next year
Next year

Next year
We’ll be smarter, we won’t be deceived
We’ll work harder
We’ll be better
We’re hoping next year
Will be our year
— Music & Lyrics by Deborah Lau

I think I fail at writing bridges in general. Every song I have ever written, the B section pretty much sucks and is really awkward. And evidently I need to go and take some classes on how to write harmonic progressions because it looks like all I ever do is make the same predictable boring key changes. And since I wrote this right after playing through the score for Wicked, Stephen Schwartz’s genius in writing interesting accompaniment makes me want to curl up into a ball in a corner and cry. Every time I play through that score, even though I’ve played it so many times, the freshness of the rhythmic patterns he’s got going throughout always sounds new and interesting. Whereas I just can’t seem to break out of the “dotted crochet-dotted crochet-crochet” box. Sigh.

At any rate, terrible song writing or not, at least it’s writing. After all, the first draft of everything is [email protected]#!. Maybe this time, I’ll be better.