I am seriously unstable.

I can hear you thinking now, “Deb, there’s no way you’re unstable. You’re: a) married; b) you’ve been at the same job since high school; and c) you have this crazy twenty-year plan to boot.”

I can see why you would be confused. Allow me to observe that I am twenty-eight and I have moved ten times over the last ten years of my life. Hell, just in the last five years starting from when I reprogrammed this blog, I’ve talked about an actual move well I suppose this post makes number four. 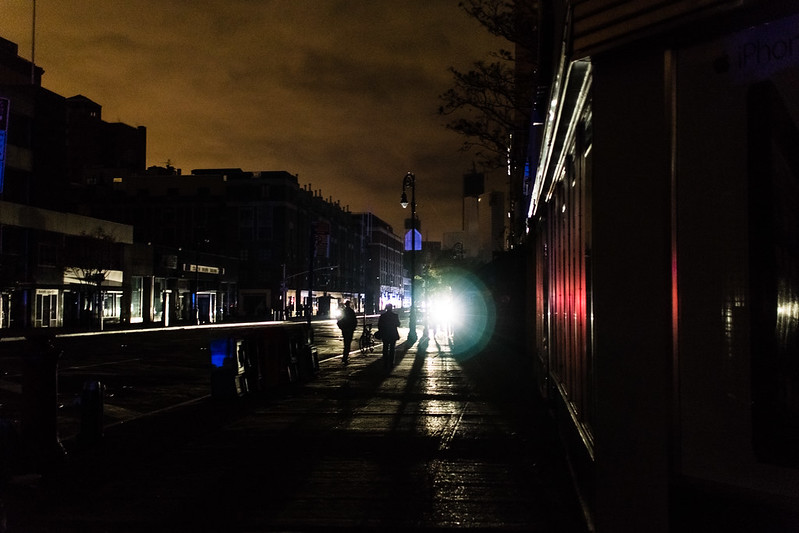 While I’ve always known that I move around a lot, I didn’t realize just how much until last October. As a few of my girlfriends and I were leaving my favorite oyster and wine bar in the West Village (after a long night of me freaking out about how I’m behind schedule), we were talking about leases on apartments expiring and places we’ve lived in.

During the course of the conversation, I suddenly realized I have lived in a lot of places–we started counting backwards and stopped after the first time I had ever moved out of home. We excluded the moves where I had stayed for less than thirty days.

Moving to a new place is always a difficult experience, but one that I generally love. It’s not that I love the bureaucratic paperwork, the logistics or even the thrill of new experiences, but because it’s one of those rare chances in life that you get to be able to reinvent yourself all over again.

My latest move was to Cleveland last July after the Independence Day holiday weekend. I have barely admitted to it because I’m still in blatant denial about Cleveland.

Trading in New York for Cleveland is, in my mind anyway, a thing that should not happen. Everything is in New York. Nothing is in Cleveland. Except for a really great work opportunity that I don’t regret. But Cleveland itself, I could have done without.

So ever since July, I have been telling myself that I am in fact still based in New York. It’s still listed that way on Facebook and on my main website (although Twitter says Sydney).

I am still based in New York and I just happen to commute to Cleveland for work most days, either by taking an overnight Greyhound on Sunday/Thursday or the first flight out on Monday/Friday and an evening flight Thursday/Sunday. For every three out of seven days in a week, I’m anywhere but Cleveland. Mostly in New York.

Since I am a data geek, I decided to crunch some numbers. Since I first moved out, the longest that I’ve ever actually been in one place is just short of three years…when I first moved out. Why? Because I was still getting my degree. Which took three years and a half years (and I finished those last six months in New York). Excluding that single outlier, I have not stayed put in a single place for more five hundred days and I move–on average–once every eight months. By my count, my eight month mark was up in March. No wonder I’ve been feeling so restless. Every single atom of me is clamoring that it’s time to move again.

Most conversations I have these days seem to start with: “Where are you? Are you in New York? Cleveland? Sydney? Somewhere else?”, followed by these questions:

While I’ve savored–more than ever–every single moment of New York over these last nine months since I don’t know when I’ll be back after this next trip (yep, I realize the irony of typing that…), it’s been a really hard nine months here by myself, without my wonderful husband and our cat.

Sometimes I look at my life and I just wonder why I keep moving. I’ve been working on this song ever since I started packing up our lives in New York last year and it’s been a hard one to finish. I’m still not sure that I’m happy with it. But here goes:

Another year
Another city
A new veneer
Goodbye hello goodbye

Another year
Another city
A new career
Goodbye hello goodbye

Another year
Another city
You disappear
Well goodbye hello goodbye

So much of our identity is tied to where we live; and I don’t just mean the physical surroundings but the people there who create opportunities which only exist in that place.

I keep going back to New York because of the amazing opportunities and experiences I’ve had there.

Growing up, I used to hear my parents say “近朱者赤，近墨者黑” which literally translates to something like “go near red ink, you will be stained red, go near black ink and you will be stained black”. What it really means is that you become like your companions, therefore choose your companions wisely. And whilst I used to roll my eyes and dismiss all these Chinese proverbs my parents would quote, inevitably as I grow older, I find more and more truth in them (and so do Western scientific studies, like this study on weight gain and social influence).

Put differently, you are average of the five people you spend the most time with:

When I think about the people I’ve hung out with the most these past nine months, it’s been split between my incredible fellow composers in the Composers Collective, my writing partner Sarah and the amazing folks at MTF. They’ve had such an impact on my ability to continue to pursue this dream of writing a Broadway musical–in fact, we’re working on our submission to MTF’s next 4×15 series right now.

So here’s what I think:

People are sculptures shaped by moments.
Choose your moments carefully.

We have no choices in where we are born and where we grow up, but we can choose which moments we allow to define us. Seven years ago, I discovered that writing musical theater made me happier than anything I’ve ever done in business or finance. Five years ago, I chose to redefine myself as someone who will one day write a Broadway musical. Three years ago, I got married to the most amazing guy. And I find that while a part of me will always gravitate towards New York, after these nine months, I find that I want to go home to my husband. Not necessarily Sydney, but to him (and our cat).

And if you will now excuse me, I’m going to go and board my flight to Sydney.

For those who are truly curious about how much I have moved around–instead of my usual spreadsheets, I made you an infographic instead (but because I’m no Nicholas Felton, I had to use Infogr.am).

another year another city | Create infographics